This is the official Website of the coffee table book Munich: 50 years in pictures

Buy for only 29,90 EUR in an exclusive slipcase 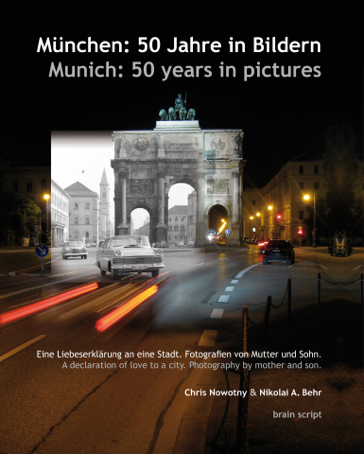 An extraordinary and exclusive illustrated book on the younger history of Munich.

„Splendid! An opulent  and very impressive masterpiece about Munich.“

„I always thought, I know Munich quite well. But this book showed me that I could still learn a lot about it. Empathetical photographs and awesome stories!“

“Buckle up and hold on: A little journey into the city’s history starts now.”

“A successful blend of the old and the new, with many moments of surprise.”

“A very personal portrait of the city by two generations … a declaration of love for Munich.”

“A valuable addition to your bookshelf.”

Buy here for only 29.90 EUR in exclusive gift slipcase (via PayPal) 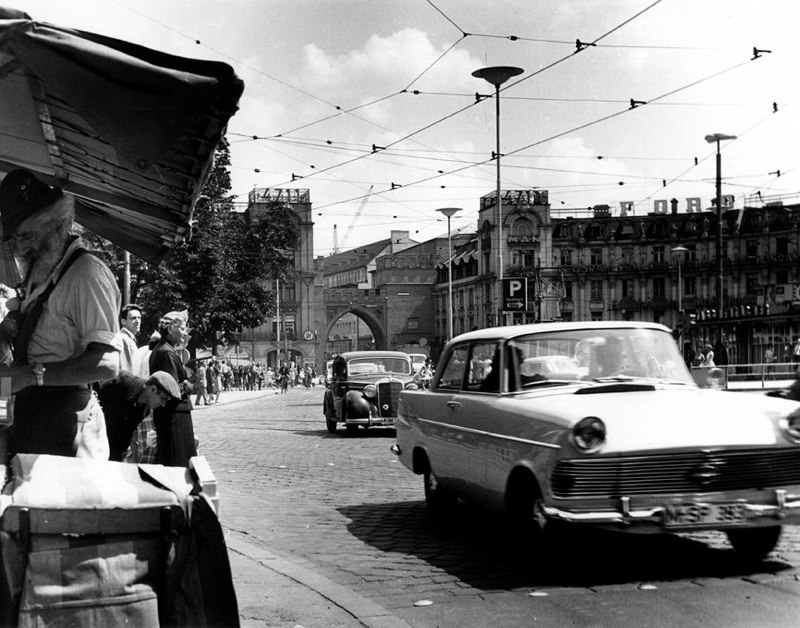 The famous Munich photographer Chris Nowotny and her son Nikolai A. Behr present the city of Munich seen through the eyes of two different generations (1960-2010)

A unique coffee-table book for all lovers of Munich.

The idea for this book came to Nikolai A. Behr in the year that Munich celebrated its 850th birthday, and in which his late mother Chris Nowotny would have turned eighty. After searching through her archives, Behr revisited all the places that she photographed almost five decades previously. Behr took pictures of the same locations, although not always from the same angle. To complement this selection of photographs, he has included many of the buildings and squares that have sprung up over the past few years.

This pictorial compilation of Munich past and present comes alive through its contrasts, and provides a captivating snapshot of the city’s recent history.